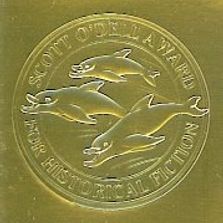 Dewey Kerrigan is the daughter of a scientist who works with the government during the World War II years. From St. Louis, Dewey was put on a train to Lamy, New Mexico, to next be transported to the ‘Hill’ where her father was. Working for the government, her father is one of the scientists involved in the top secret project that should win the war. Having such a close relationship with her Papa, Dewey is happy in ‘The Hill’, and according to him, “I’ve never seen her happier.” Part of it is being with her beloved Papa, and another part of it is her surrounding. She is literally surrounded by scientists and their ‘junk’ which they throw at the ‘Dump’. She would go to the ‘Dump’ with her wagon and rummage through it for nuts, bolts, springs, screws, metals, wires to add to her paraphernalia of invention materials. She has a knack for inventing mechanical contraptions, and is almost always engrossed in this.

This book however, is about a friendship between two unlikely girls. This is where Suze comes in, an almost typical girl, who strives to impress the popular girly girls so they would accept her in their midst. Both her parents are scientists, and her mother is Mrs. Gordon, the chemist. Suze on the other hand, is not a budding scientist like Dewey. You would think that if both her parents are hard core scientists, that she’d be inclined in science too, like Dewey is.

The friendship of Dewey and Suze is the heart of this book. Where Dewey is called Screwy Dewey, Suze is called the ‘Truck’. If you want to know why, I highly recommend you read this book for yourself. Their friendship begins at the death of President Roosevelt. Coming from two different areas of intelligence, both girls learn about each other’s world and strengths and beautifully work together to pursue their individual interests.